My house is full of mirror 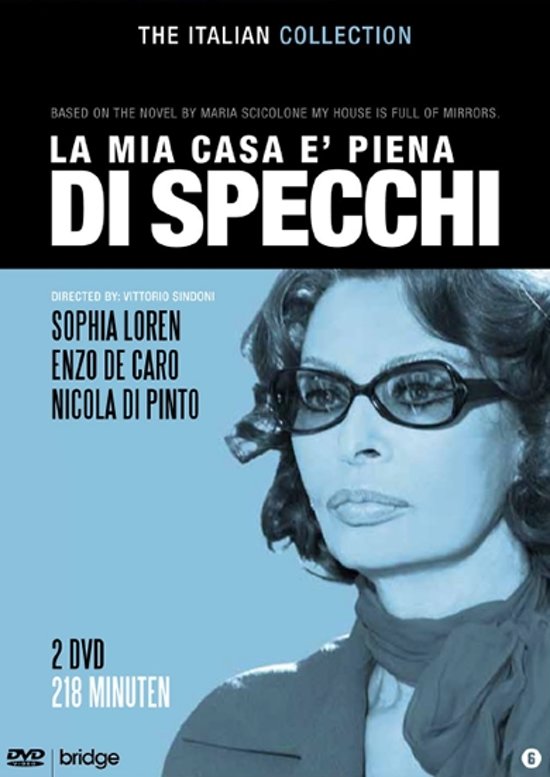 Sophia Loren takes on a challenging role, perhaps the most difficult of her career: playing the part of her own mother, Romilda.
As a young girl in Pozzuoli, Romilda Villani’s beauty wins her first place in a Greta Garbo look-alike contest. She receives film offers from America, but her parents refuse to let her go. For the rest of her life, she will try to make up for that broken dream.
Romilda’s first daughter, Sophia Scicolone, was born when Romilda was still young, from her relationship with Riccardo Scicolone, a glamorous but undependable man.
For years, Romilda tries to make their union official, but Riccardo will not hear of marriage. Not even the birth of their second daughter, Maria.
At the end of the war, a penniless Romilda takes her older daughter to Rome in search of a better life, transferring her own amibions onto Sophia, using the girl’s beauty to open the doors of the film world once again.
Shortly thereafter, major Hollywood studio directors seek her out.
The miniseries depicts the extraordinary start of Sophia Loren’s acting career, while giving justice to the opposite fortunes of her sister, who incidentally at the eve of Sophia’s Oscar, learns she is pregnant with her first child.
She lives a solitary life in the village of her birth, her musical talent stifled by her mother’s oppression and obsessive reliving her own life through her famous daughter. Maria marries the wrong man, Romano Mussolini.
At last, Romilda returns to Pozzuoli, dedicating the last years of her life to music.
“My House Is Full Of Mirrors” portrays a complex family, filled with love, betrayal and broken dreams.